I’ve developed a system that allows me to plan a WEEK of social media content in THIRTY MINUTES, and I want to show you how to do it too! Register for my FREE class, and I’ll see you there. 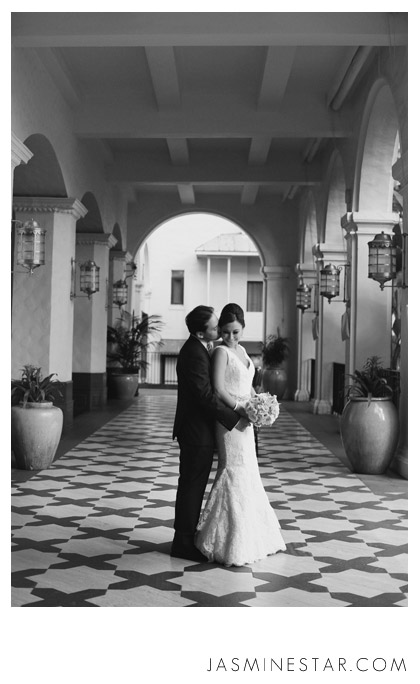 Happy Tuesday and I'm excited because I had a great conversation with Grey Likes Weddings last week about the differences between a wedding photographer shooting film versus digital. I realize this is a personal preference, but our goal was to educate brides on truly understanding the differences to help choose the best photographer for their weddings.

The best news is that Grey Likes interviewed both digital and film photographers, so if you'd like to read her interviews and various perspectives, be sure to check it out.

GLW: Which medium do you use? Why?
I photograph weddings with a digital camera, otherwise known as a DSLR.

GLW: What's the difference between the two?
To be honest, the differences between digital and film have gotten less prevalent. In the early digital days, the quality of the image (and the image size) didn't compare with what film provided. However, in the past 10 years, such advances have been made that digital file sizes are now massive and provide the same photo latitude.
Another difference was the appearance of photos, where digital photos looked…well…digital. In the past few years, however, amazing photo editing software has been developed to replicate the look and feel of film, which could be seen as the best of both worlds. While it's correct that there isn't a true replica of film, there are amazing Photoshop/Lightroom options that provide fantastic alternatives and appear very close to a desired look.
Some photographers want to harken the days of film, but want the freedom of shooting digital, so editing software is bridging that gap, which makes for happier creatives…and happier brides and grooms!

GLW: Are there any costs associated with choosing one over the other?
This should be answered in two ways. The initial investment in shooting digitally may supersede the cost of shooting a wedding with film (as the cost of a few 16 Gigabyte CF memory cards is more than a few rolls of film). However, once a photographer invests in her digital memory cards, she can reuse them for a couple of years. Rolls of film are a reoccurring cost for a photographer, so–over the long-run–a film photographer is spending more on the tools needed to complete her job.

GLW: What risks are involved with your format? How are they mitigated?
When shooting digitally, there's always a risk of a corrupted memory card (although I've been shooting weddings for seven years and it's never happened to me). But a digital photographer runs just as much risk as a film photographer in that if a roll of film isn't loaded properly, a series of photos could be lost. Or if the film was exposed to light or had to be x-rayed at an airport (if traveling to document the wedding), it could be equally as risky.
The key for brides to know is that seasoned wedding photographers know how to mitigate their risks. As a digital photographer, I'm always testing my cards and cleaning my gear. I also buy new CF cards because as technology improves, it provides a better photographic experience and thus results in photos I'm thrilled to share with my clients.

GLW: What are the advantages/disadvantages of digital?
The biggest advantage to shooting digitally is the time is takes to process the images. I love instant gratification of sharing wedding images (I usually post photos from my clients' weddings the day after they marry) and the immediate sense of reliving their wedding day. There's something magical about a client seeing her photos shared on Facebook as she boards a plane for her honeymoon…and she can rest assured her day was documented just the way she envisioned.
I recently photographed a wedding in New York City and edited a few photos on my return flight home to Southern California. I posted the images the day after her wedding and here's a sample email I received from a client (which shows the emotional power of connecting clients to their wedding photos shortly after their nuptials):
Hi!!!!!!
We are at LAX waiting to leave for Hawaii and I just had to send you a quick email. We saw the blog post and the photos and they are AMAZING!!!! I can't say thank you enough to you and JD! I'm so glad that you enjoyed yourselves in NYC and I feel so lucky to have found you to photograph our wedding, I wouldn't have had it any other way. I will email you when we get back so we can make some plans for dinner in LA, sushi perhaps????
See you soon!
~Elyse and Andrew

This email is but one of many I've received from brides who are ecstatic at having seen their images so quickly after the wedding.

GLW: What are the advantages/disadvantages of film?
I want to make one thing clear: I love film. My opinion has less to do with which medium is better, and more to do with educating a client to know why she wants her wedding documented in film or digital.
I think the biggest disadvantage to film photography is quantity.
Most film photographers judiciously appropriate how much film they can shoot at a given wedding. For instance, the more film a photographer uses at a wedding, the more it'll cost his business, thus reducing his overall profitability. A smart film photographer will take a certain amount of film and know that's all he can use. Period, the end. In this line of thinking, one must ration how many photos he can take during, say, the First Dance or the cake cutting. This requires more patience and creative anticipation for special moments (this isn't a bad thing at all…but it is something brides should know in advance if they're expecting 30-40 photos from cake cutting and they're not there).
A digital photographer has more freedom to explore different lighting options, angles, and competition because as long as she has enough memory cards, she can shoot to push creative boundaries without the penalty of a shortage of film. This might not make a difference in HOW the wedding is documented, but if a bride wants lots of images to peruse after the wedding and have a variety of choices from the the same moment, then the quantity digital provides might make sense for her.

« They Throw Rocks at Things That Shine

How To Get Organized And Create
A Productive Work Schedule

5 Photos For You To Use On
Social Media

Get Started By Downloading My Free Resources

I wouldn’t say we were business nerds but my husband just sent me a Slack message asking me to call him.

If you need me, just follow the trail of empty La Croix cans around my house.